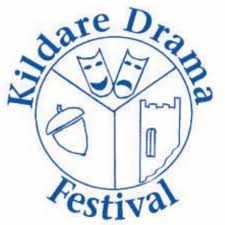 Full Details of Plays at the Kildare Drama Festival 2018

Important Please note that because of adverse weather conditions that the Launch of Kildare Drama Festival will now take place on Monday the 5th March with Some Girl’s. for updates please check our face book page

The Beauty Queen of Leenane by Martin McDonagh

This play tells of the relationship between mother and daughter living in an isolated part of Ireland. The Mother Mag is manipulative, and exploits her daughter Maureen to a point where she has become bitter and neurotic. Maureen has a chance of normalcy when she runs into Pato a local stable fella who becomes enamoured with her. Mag steps in and subverts their growing relationship driving Maureen to insanity thus making her an image of her mother.

The Night Alive by Conor McPherson

Set in Dublin, The Night Alive tells the story of Tommy, a middle aged separated man,  just about getting by, he is renting a rundown room in his Uncle Maurice’s house and rolling from one Get Rich quick scheme to another with his pal Doc.

Of all the characters he has created, Albertine seems to have a particular hold on internationally celebrated playwright Michael Tremblay. In Albertine in Five Times, translated by Linda Gaboriau, we see her at five different ages from the 1940’s to 1980’s and try to figure out if there was a point when she might have chosen a different fate.

Some Girls by Neil La Bute

“Guy”, an up-and-coming writer, is about to get married. Before his wedding, he decides to visit his ex-girlfriends, all of whom he mistreated. We follow “Guy” on his odyssey through the landscape of his messy breakups.

Bold Girls is a stirring play about the lives of three women, Marie, Nora and Cassie, living in war-torn Belfast. Although their man have been killed or imprisoned for their political activities, everyday life must go on, with a mixture of heartache and fun. However, the appearance of a disturbing young girl, and Cassie’s revelations suddenly threaten Marie’s carefully structured widowhood. Suddenly, all will change.

The Weir by Conor McPherson

In a bar in rural Ireland, the landlord and three regulars attempt to spook a young woman who has recently arrived from Dublin. But as the conversation progresses, it is Valerie who ends up scaring the men.

The Seafarer by Conor McPherson

The Seafarer is a 2006 play by Conor McPherson. It is set on Christmas Eve in Baldoyle, in the coastal suburb town of Dublin. The play centres on James “Sharkey” Harkin an alcoholic who has recently returned to live with his blind ageing brother Richard.

A humorous yet moving drama: Stolen Child tells the story of a woman adopted at birth who enlists the help of a colourful private detective to search for her mother and who uncovers the secrets of her family history.

Click here to return to the Kildare Drama Festival homepage