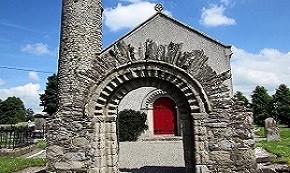 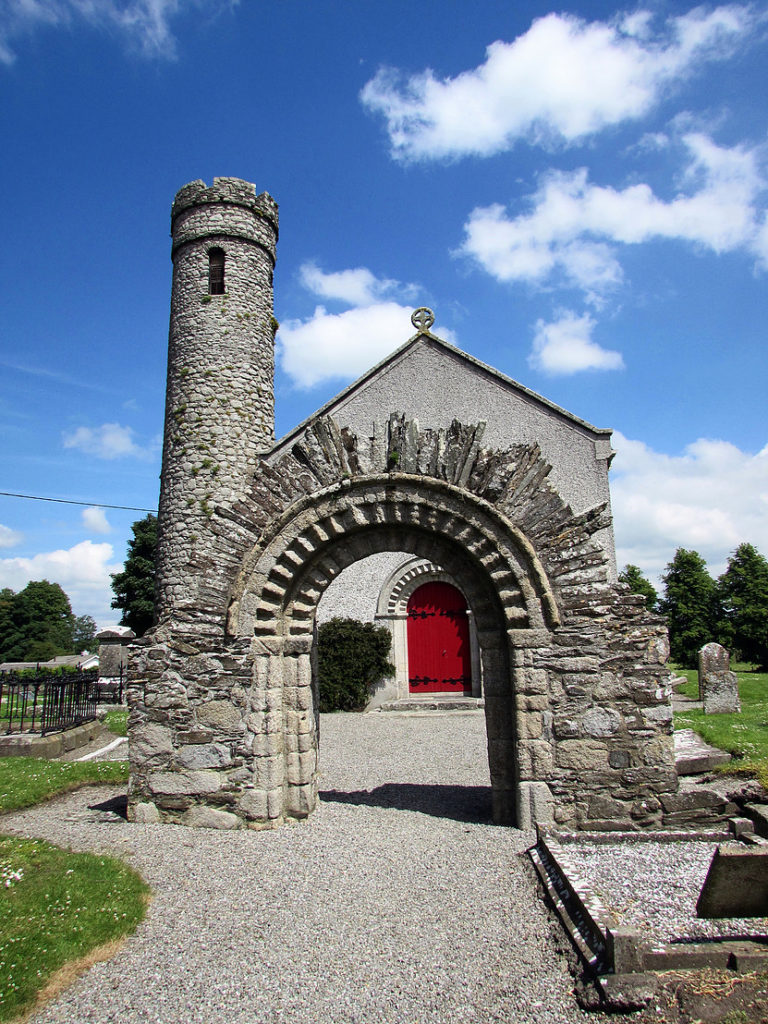 Castledermot is the southernmost town in Kildare sitting just at the edge of the Wicklow Mountains.  Like many other Kildare towns it has a rich and varied history and therefore is a very interesting place to visit.

Things to see in Castledermot:

The ‘Pigeon Tower’, is really an old bell tower and is all that remains of the Priory Hospital of St John the Baptist which was founded as a leprosy hospital outside the town in 1210 by Walter de Riddlesford and his wife. This tower stands on private property.

‘The Pound’ was original used to impound loose, trespassing or seized animals (e.g for non-payment of rent) in the 19th century. The back wall runs along the line of the medieval town wall.

The Franciscan Friary which was founded around 1247.The Friary was attacked twice by the Scot Edward Bruce during the invasions of Ireland in 1316 & 1317

The Roman Catholic Church of the Assumption which was built c.1830. Inside there is a stained glass window depicting St. Laurence O’Toole who was born nearby at Mullaghreelan.

To find out more about the historic core of the town check out the Castledermot Town Walls Plan here.

How to Get to Castledermot